Carnage is the name of a unique alien symbiote, similar to the Venom symbiote. The Carnage symbiote is actually an offspring of the Venom symbiote that attached itself to a serial killer by the name of Cletus Kassady. This new symbiote proved more powerful than its progenitor. It still granted its host the same suite of powers including increased strength, stamina, agility, a regenerative healing factor, and a number of spider-based abilities. These abilities are significantly enhanced compared to the Venom counterpart. In addition to these abilities, Carnage has some shapeshifting abilities, reshaping parts of its body to form weapons to use in combat. The nature of Carnage’s host means that it is extremely violent and bloodthirsty, willing to commit murder with glee. Carnage’s constant rage and makes him a deadly foe in combat. 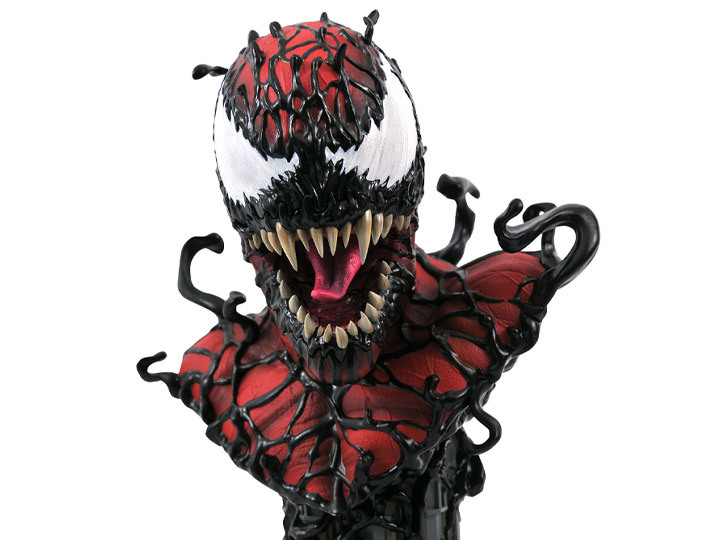