Goose is a creature known as a flerken. Flerkens closely resemble the cats of Earth, save for a few notable features. Flerken are highly durable creatures, capable of withstanding the massive g-forces experienced during space flight. In addition, a flerken’s scratch is highly dangerous and is prone to severe infection if left untreated. Finally, there’s the whole giant maw full of writhing tentacles and nested mouths. A flerken’s mouth can open to an uncanny size, releasing several additional mouths and tentacles to help the flerken consume a creature. Flerkens have a dimensional pocket within them, allowing them to eat all manner of creature with ease. Their impressive digestive systems even allow them to consume creatures and objects normally considered dangerous or inedible and not suffer any ill consequences. Goose in particular is a good judge of character and will warm up to those that she finds friendly. While she tolerates physical attention, too much of it can cause her to lash out, so be be warned! 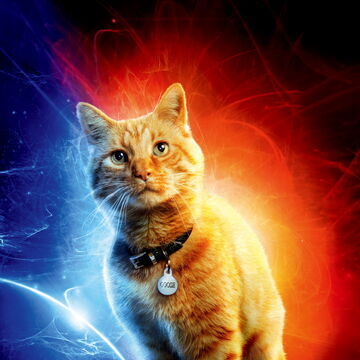